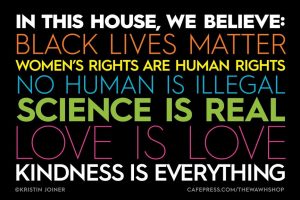 This past Friday, I returned from a two-night camping trip with friends.  Backcountry camping is finally allowed—thanks be to God!

One of the great joys of the trip was breathing fresh mountain air.  That’s always a joy for me, but now more than ever!  Part of wearing a mask in public these past three months has meant breathing stale air.  I’m happy to do that for the sake of other people’s health and well-being but it does get old.  Breathing deeply is a gift of God that most of us take for granted…until we can’t!

Those who have died from or who have survived the COVID-19 virus may have a special appreciation for what a precious gift it is to breathe deeply.  Difficulty in breathing is one of the classic symptoms of the disease.

The ability to breathe deeply is not a luxury.  It can be a matter of life and death.  Yet again in the news this week, a Black man died while under arrest.  “I can’t breathe,” said George Floyd.  But that didn’t stop a white police officer from kneeling on his neck for almost nine minutes until he died.  I…can’t…breathe.

On the Day of Pentecost, suddenly from heaven there came a sound like the rush of a violent wind, and it filled the entire house where they were sitting.  Divided tongues, as of fire, appeared among them, and a tongue rested on each of them.  All of them were filled with the Holy Spirit and began to speak in other languages, as the Spirit gave them ability.

At the heart of this story is life-giving and life-affirming breath.  “Wind” in the Bible can also be translated as “Spirit,” or…”breath.”  On the Day of Pentecost, a house in which Jesus’ followers gathered was filled by the breath of God.  More importantly, the people of God were filled with the breath of God—namely, the Holy Spirit.  The appearance of the Holy Spirit is a sign of life-transforming power and hope for new life.

The story of Pentecost celebrates the diversity of God’s creation and a glimpse of the kin-dom of God, in which differences are not feared but honored.  For a time such as ours in which fear of change and fear of difference is especially pronounced, the Day of Pentecost answers with a blast from heaven, the very breath and blessing of our Creator for all people and all nations.

So, what is there in the story of Pentecost that can teach us about ourselves?  This strange story of fire and wind and people miraculously able to speak different languages—what does all that have to do with us?

The miracle of Pentecost is a miracle of hearing.  Diverse people on that day were astounded that a group of unlikely local folks were speaking their language!  Are not all these who are speaking Galileans?  And how is it that we hear, each of us, in our own native language?

As I was pondering this story over the past week, I was curious to learn more about wind.  The Pentecost story features the sound of a “violent” wind, which I guess would be a pretty loud sound!  I got to wondering if wind makes a sound on its own.   But no, in researching the subject I found that wind is basically just moving air, and it turns out that moving air doesn’t make any sound unless it moves against something.

You can think of all the ways that this is true.  Wind rushing past a building.  Wind whistling through a window.  On my hike this past week the wind at times was blowing strongly through the trees–a beautiful sound!  Wind makes a sound only if it’s moving against something.

This is one of the most ordinary things we experience every day, and not just outside.  We open our mouths to speak, and air moves past our vocal chords, creating sound—speech.  On that Day of Pentecost, the sound of a violent wind was the breath of God—the Spirit of God—moving among God’s people.  Those who experienced this miracle exclaimed that in their own languages they heard about God’s deeds of power.  God’s breath became their breath.

Wind needs something to move against to be heard.  Breath moves against lungs and windpipe and vocal chords to be heard.

The Spirit of God needs our voices to be heard by the world.  The Spirit is heard when it is moving against something.  What is the Spirit moving against among us?  Injustice.  Brutality.  Hate.  Indifference.  Greed.

Those visitors from afar on that first Pentecost testified that they heard people of faith speaking of God’s deeds of power.  This implies that the Spirit was not merely moving against something but for something.  If Spirit is breath, and life, then the Spirit moves among God’s people for the sake of those who cry, “I can’t breathe”—whether from a virus, or, at the hands of unjust and abusive power.  Silence, in this case, is the enemy.

On the trail this past week I remembered what it was like to breathe deeply.  I remembered that breathing deeply is a gift of God that most of us take for granted…until we can’t!  While we have breath, dear friends, let us be not only the face of Christ but the voice of Christ in and for the world God loves.  Let us be the ones in whom the Wind of God blows, that for the sake of justice—for the sake of love–our voices might be heard!

Click the link at the bottom of this page, or, friend us at our "GoWithGrace.org" Facebook page. … END_OF_DOCUMENT_TOKEN_TO_BE_REPLACED