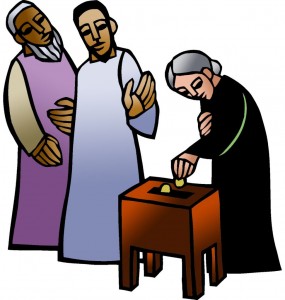 How many times in your life have you been fired from your job?

Football coach Jim White had been fired three times. He’d burned his bridges. The only job he could get was in the small town of McFarland, at a public school for the children of Latino farm workers in California’s Central Valley. The year was 1987.

McFarland’s football team was hopeless. But the new coach realized that these kids in the Central Valley were excellent runners. Instead of football Jim White formed a cross-country team. Under his guidance the cross-country team of McFarland, California, became state champions in its very first year of competition.

This is the story told in the movie McFarland USA, and it’s based on a true story. But this is not a story about an outsider coming in and heroically rescuing a community with little hope. This is a story about a coach with few options who was transformed by the community he served. Coach Jim White has been retired for twelve years but he continues to live in tiny McFarland, California. When he began coaching in McFarland, Jim White did not know that he needed McFarland as much as they needed him. This is a story of death and resurrection.

Seahawks coach Pete Carroll is often asked how he keeps confidence after last season’s devastating Super Bowl loss. Coach Carroll was quoted in this week’s Seattle Times: Go get fired three, four times in your life and see how you like it, he said. There’s a freedom that comes from that, you know? Dangerous, once you’ve been dead already.

Last week, All Saints Sunday, we pondered what death might look like for disciples of Jesus. Our Christian faith is all about transformation through death and resurrection. The alternative, as we recall, is to be undead, untransformed, neither fully dead nor fully alive. As Coach Carroll indicates, dying is hard and often painful, but those who dare to die can be dangerous.

Elijah the prophet was a dangerous guy! We don’t know if he’d previously been fired but we do know that he was out of options. Elijah was on the run. He had dared to speak God’s word to powerful King Ahab and Queen Jezebel and they were enraged by what they heard. Elijah was being hunted down, and it’s at this point that the author of 1 Kings says that the word of the Lord came to Elijah, saying, “Go now to Zarephath, which belongs to Sidon, and live there; for I have commanded a widow there to feed you. “Go to Zarephath.” Go to McFarland.

I can’t see how this would sound like good news to Elijah. Go live in a foreign country? With a poor widow? I need safety and security, Elijah must have thought. How does this help?

This is not a story about charity. But like most stories of our faith, it is about power. What little the widow has is a matter of life and death for Elijah. He needs her. By the end of the story we find that the powerful man of God and the powerless foreign widow need each other equally. Each is transformed by the other!

A few weeks ago, you may recall, we heard Jesus teach that it is easier for a camel to go through the eye of a needle than for a rich man to enter the kingdom of God. Today’s stories suggest why: It is highly unlikely that privileged and powerful people will ever understand their deep need to learn from and be transformed by the stories and lives of those who are unlike them, beneath them in the social pecking order.

A couple of weeks ago I drove up to Ballard for a beer with Pr. Gretchen, to see how she’s doing in her new call. She told me that just a couple of blocks from the bar where we met she had participated in a public demonstration of support for Tent City on a vacant property. She spoke of cars that drove past, with enraged Ballard citizens shouting obscenities and “flipping the bird” at those who were supporting Tent City.

But Tent City is closer to home, right? You don’t have to drive to Ballard to see that! If you’ve driven by Bryn Mawr Methodist Church just a few blocks from here you’ve seen that Tent City has taken up residence on their nice green lawn. But not without a fight! Not every neighbor is happy about it!

I have a pastor friend whose congregation some years ago decided to construct low-income housing on their property. Not surprisingly, there was resistance. At one public meeting an angry neighbor opposed to the project physically shoved him. Privileged people tend to like their safe, cozy little world just the way it is. We don’t necessarily want to move to Zarephath, and live there. Like King Ahab and Queen Jezebel, privileged folks are quite willing to fight to keep things the way they are, to preserve their comfort, wealth and privilege. But those who stand for gospel values, people who put it all on the line, as Coach Pete Carroll puts it, can be dangerous, once they’ve been dead already.

There’s always a cost to following Jesus—sometimes, a big cost. We call it “death.” And our fear of death is often the stumbling block that gets in the way of faithful obedience. When we see only death and the price that is required of us, we can become blind to the unexpected power and abundance that come our way through resurrection. It’s easy enough to see what we might lose, not so easy to see what might be gained!

Transformation often takes time. Hearing stories different from our own takes a willingness to slow down, and put down roots, and make a commitment, as Elijah was willing to do. “Go now to Zarephath, in Sidon…and live there. In our gospel reading today Jesus does the same thing. He takes the time to sit and observe. Notice what he says: This widow out of her poverty has put in everything she had, all she had to live on.

How do you think he knew that? Let’s set aside thoughts of the all-powerful Jesus–Jesus the fortune-teller, Jesus the mind-reader, Jesus the Superman–and instead take seriously his humanity. What if Jesus knew about the widow at the temple because he had taken the time earlier to hear her story? That fits the life of the Christ we find revealed in scripture, the one who was called a glutton and a drunkard because he took the time to hang out with down-and-out people whose story was different from his own.

I am grateful for emerging signs of a willingness to die in this congregation. The widow of Zarephath, the poor widow that Jesus spoke of, is among us. And there are emerging signs of the spirit of Elijah among us, as well. Signs of those with power and resources finding a way to walk with and learn from and empower those without. Wherever the gospel is lived out, it is a two-way street. It is an equal partnership, where less powerful people, in relationship with privileged people, discover hope and empowerment, and the powerful become transformed by listening to, learning from and advocating for stories very different from their own.

What is God calling us to in the months and years ahead? As our congregation approaches its 70th anniversary next year, how might we build on emerging stories of death and resurrection within our church community? What does it mean for us to risk life in Zarephath, in Sidon? What might it mean to put down roots in McFarland, USA? How might the little church on the hill put itself on the line for the sake of Skyway? What might our public witness look like? What risks are we willing to take? How might God be using the community we serve to transform us?

The living Christ has taken up residence in the temple, sitting and observing and teaching those who have ears to hear. He’s looking for disciples who are willing to die, that we might be raised to new life.

Click the link at the bottom of this page, or, friend us at our "GoWithGrace.org" Facebook page. … END_OF_DOCUMENT_TOKEN_TO_BE_REPLACED