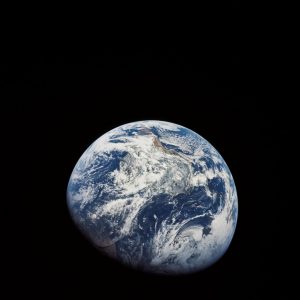 In case you hadn’t noticed, today is the end of the world!

Some of you have been feeling that way since Tuesday’s election. If the election had turned out differently others of you would have felt the same way!

Today’s gospel reading, as it happens, is about the end of the world. The days will come, Jesus said, when not one stone will be left upon another; all will be thrown down. For the prophet Malachi’s listeners these words would have sounded familiar: See, the day is coming, burning like an oven, when all the arrogant and all evildoers will be stubble; the day that comes shall burn them up, says the Lord of hosts, so that it will leave them neither root nor branch.

Jesus was right. Every hardship he describes happened to his people at the hands of the Roman Empire. But in the end, of course, it was the Empire that was crushed. No root. No branch.

Christians do not stand around waiting for some future apocalypse. We look around us and notice that the world is ending every day. This past Friday was Veteran’s Day, a day when we remember young people in our own day and in every time who die in horrific wars. There are soldiers and civilians this very day for whom it really is the end of the world.

It’s not always physical death, either. Relationships come to an end. Benefits run out. Jobs are lost. Every day is the end of the world.

Dear friends, some have called last Tuesday a moral and spiritual catastrophe. It’s not about one particular leader. It’s about the core values of a people, and we the people time and again have chosen leaders whose policies have led to endless war, robbing the poor, enriching the rich, stripping away human services for people in need, and in the name of greed threatening future generations by destruction of the Earth. This, friends, might be called a moral and spiritual catastrophe—the very opposite of Christian faith and Christian teaching.

So if you come to worship this morning feeling like the world has come to an end, it’s no surprise! If you are someone who fears that your health care opportunities will be swept away, it may feel like the end of your world.

If you are someone who works in mental health, social services or education, some of our elected leaders already have promised to cut your funding to pieces. It may well feel like the end of your world. Yesterday my wife was at an all-day conference on suicide. Specifically, she learned about the high rate of suicide among veterans, young people, older people, and even physicians. It’s not just patients and the poor who suffer. When government programs and support are stripped away, providers who already have an impossible job are tempted toward despair.

If you are a parent of children hoping for strong educational opportunities, it may well feel like the end of the world.

And if you are a recent immigrant you may feel like it is the end of the world. I spoke with an Hispanic friend before the election and asked her perspective and she said, “Some of my people in other countries are very poor and very desperate and say they want to be rich like politicians and TV stars. But many of those who have lived in America for awhile, although grateful for economic opportunities, just want to go home. They are tired,” she said, “of the racism, the hate, and injustice they experience in America.”

If you are someone who fears that bullies and bigots have been given the green light to persecute you and roll back your dignity and your rights because of sexual orientation, gender identity, skin color or religion, it may feel like the end of your world. It’s only been five days since the election but did you see the article in yesterday’s newspaper?

• In New Mexico a white man tried to tear off the head scarf of a Muslim woman.
• White students at the University of Pennsylvania have posted a message called “the daily lynching” and a black freshman was called a “dumb slave.” Black children are being told by their classmates to “go back to Africa.”
• In Indiana Hispanic students are being taunted.
• Elsewhere, leaflets from the Ku Klux Klan have appeared in some neighborhoods. Fliers urging the formation of “tar and feather vigilante squads” advocate “arrest and torture” of diversity advocates.
• In one American city two walls were spray-painted with the statement “Black lives don’t matter and neither does your vote.”

Young people are always looking for examples to follow. Many have concluded from their elders that hatred and racism is not only acceptable but encouraged.

Like the people of 1930s Germany millions of Americans will say, “I’m not like that!” but when they encourage bullies and bigots, those are the values that they support. That is what they signed up for. 50 million people died during World War II not simply because of Hitler but because of ordinary German people who were spiritually asleep.

So the question is this: When it feels like the end of the world, what do disciples of Jesus Christ do? Martin Luther was asked that question 500 years ago. “What would you do if you knew that tomorrow is the end of the world?” Luther’s reply: I would plant an apple tree. It’s an ordinary, hopeful, life-affirming response but Jesus does a lot better than that. In today’s gospel reading he speaks of arrests, persecutions, prisons, betrayal by families and friends—even death. All of these, he says, are opportunities to testify.

You yourself may not be the victim of persecution, hatred, contempt, apathy or injustice. But somebody you know is experiencing the end of their world. I have a friend, for example, who is a single mom. She’s white but her daughter is not. After the election this past week she said, “I fear for my brown-skinned daughter.” For followers of Jesus the suffering of others is an opportunity to testify, to take a public stand, to take a personal risk, however large or small. How do disciples of Jesus stand in solidarity with those who are targets of evil?

I spoke with Pr. Rick Pribbernow yesterday. He’s supporting a new national movement of people who are wearing safety pins in support of minorities, women and the LGBTQ community. I’m wearing one today, which means “I’m a safe person. I don’t support hate. I don’t support anti-Christian values.” You have a safety pin included in your bulletin this morning.

One of our Lakeridge neighbors whom some of you know posted a message online the day after the election. This is part of what he wrote:

Men: I’m starting a new movement today. We will oppose mistreatment of girls, women, anyone is vulnerable. We will lead with love, and with compassion for the poor…We work hard for others knowing it’s the right thing to do. We are men in America. What a beautiful summary of the final word in today’s second reading, which is: Brothers and sisters, do not be weary in doing what is right.

Dear friends, our nation has represented hope and opportunity for millions of people. But last Tuesday’s election showcased for the entire world evidence that there is a darker side to who we are.

The thing about catastrophes is that they tend to bring out not only the worst but the very best in people, and already we see many signs of this. For those of you this morning who are devastated and afraid, know that God is with us. It may feel like the end of the world, but it’s not the final word. In the end, love always wins!

Click the link at the bottom of this page, or, friend us at our "GoWithGrace.org" Facebook page. … END_OF_DOCUMENT_TOKEN_TO_BE_REPLACED