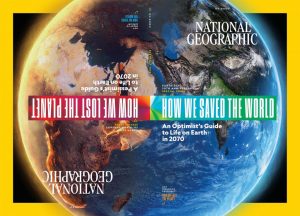 I’d like to share with you a story I heard from a friend of mine this past week.  Since stay-at-home orders began some weeks ago, her adult daughter has come over to visit and the two go on a walk through the neighborhood every day.

One day my friend wasn’t quite ready when her daughter arrived.  When she finally was ready, she went looking for her daughter and found her running from corner to corner through the back yard.  My friend said, “What are you doing?”  And her 20-something daughter replied, “You have no idea what it’s like to live in a 780 square-foot condo.  There’s no yard—no room to run!”

This was the house and the yard the daughter had grown up in.  Only after leaving home did she realize the value of her back yard.

As we’ve seen over the past weeks of glorious weather, coronavirus has not kept many people huddled in fear behind closed doors.  Whether walking through the neighborhood or parks, running through the yard, or gardening, thousands of people have spilled out of their homes and into the natural world.

This coming Wednesday is the 50th Anniversary of Earth Day.  In addition to the human toll, this great planned public celebration is one of the casualties of COVID-19 around the world.

Our attention has been consumed by the microscopic part of the natural world—a virus over which we have little control.  It’s easy to lose sight of the big picture:  the natural world on which the human part of creation has a big impact…is in trouble.

I have here the April issue of National Geographic magazine.  In recognition of the 50th anniversary of Earth Day, the magazine envisions our world 50 years from today.  If you pick it up, you will begin reading one of two very different messages.  The cover story here reads:  How We Lost the Planet:  A Pessimist’s Guide to Life on Earth in 2070.  The pages that follow describe the toll our modern world is taking on our planet.

Now, if that weighs heavily on you, you only need to flip the magazine to read a different cover story:  How We Saved the World:  An Optimist’s Guide to life on Earth in 2070.  The pages that follow describe the technologies and strategies that are readily available for us to begin healing our planet.

Neither of these scenarios, of course, is a foregone conclusion.  But depending on the choices we as a society make, one of these will prevail.

On this second Sunday in the Easter season, we hear again the story of Jesus’ disciples huddled out of fear behind closed doors.  It’s not a virus they’re afraid of.  But Jesus, the embodiment of God’s love, is not blocked by fears of any kind.  God meets us where we are, even in our fears and isolation, assuring us of hope and resurrection power.  This resurrection power we speak of is not merely for the life to come, but for the here and now, on the good Earth that is our home!

This resurrection story is assurance of the power of love to overcome human grief, and fear, and despair.

When I see neighbors emerging from behind locked doors to walk the streets, I see signs of Easter.  Jesus said to his frightened friends, “Peace be with you. As the Father has sent me, so I send you.” Who knew that obedience to this command could be as simple as opening the door and walking outside for all the neighbors to see?

Our houses, condos, apartments may be a source of comfort and security for those of us who have shelter.  But they can also be a sort of “tomb” or “locked room” that cuts us off not only from the natural world, but from one another.

So also the technologies to which we are attached. They can be a Godsend in times of pandemic; phones, computers and TV can inform and connect us.  They can also breed isolation, however, which in turn can lead to a loss of perspective.  Trapped by their own choosing behind locked doors, Jesus’ friends were slaves of a grim reality they thought was the whole truth.

When we become separate from or isolated from one another, we also lose perspective. We can become slaves of our fears.  In yesterday’s paper, for example, was another story about conspiracy theories, and how they have proliferated like a cancer through the internet during this pandemic.

When we cut ourselves off from the natural world, including the broader human community, we are likely to lose perspective.  As we have seen in our nation and around the world, lies are proclaimed as truth.  Mainstream science is dismissed.  Millions still deny climate change.  These are all modern examples of the Easter story in which even Jesus’ closest friends lose perspective, trapped in a small, fear-driven world of like-minded people.

But this Easter story features a God who comes to us in human form.  A God who, against all odds, is not threatened or defeated by our fears.  Instead, God offers a word of peace, and shows us what we need to break out of our small worlds.  “See my wounds,” he says.  “See my wounded creation,” he says to us today.  This is a God who invites us into belief in and hope for resurrection, a radically new direction, fueled by the power of love for all people and all creation.

After chastising his fearful friends, he gave them marching orders:  As the Father has sent me, so I send you.  You, dear friends in Christ, are sent out of the locked room of fear and small-mindedness as witnesses to resurrection power.  Simply walking down the street.  Connecting with people you don’t know.  Spending less time in front of the bright screen.

Simple things?  Yes!  And just maybe, a small sign to the world that you are on board with God’s work…of saving the world!

Click the link at the bottom of this page, or, friend us at our "GoWithGrace.org" Facebook page. … END_OF_DOCUMENT_TOKEN_TO_BE_REPLACED